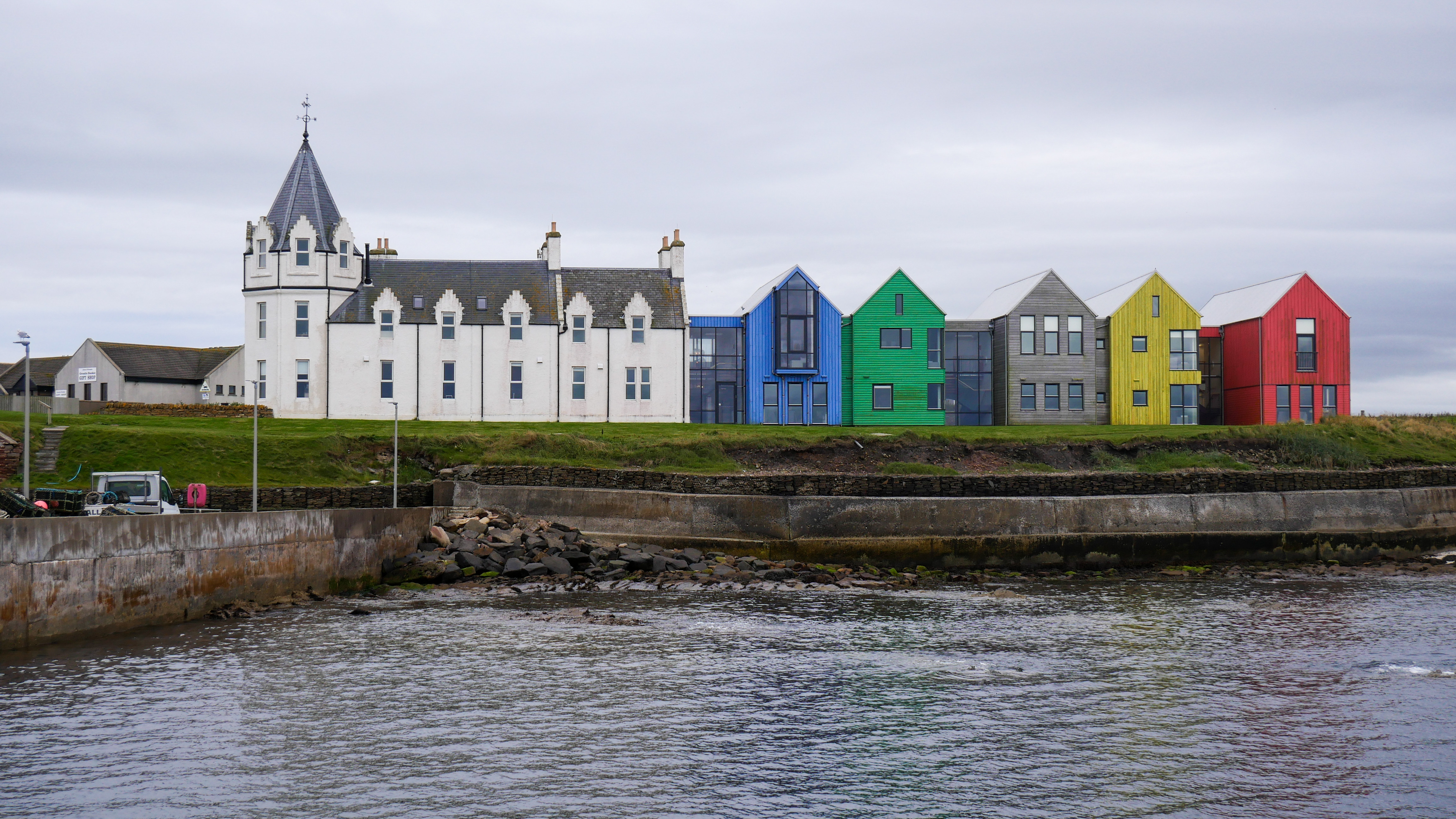 John O’Groats is known as the northernmost place in Britain (and therefore also in Scotland). On the horizon is Duncansby Head.

Because we did a North Coast 500 road trip so called. in the wrong direction, was John O’Groats the last leg of our first day. John O’Groatsis a small village in the Scottish Highlands whose most iconic landmark is this landmark. Lands End, whose distance is recorded on the column, is the westernmost tip of England, and a similar column can be found there. Between these is done if some kind of hiking and biking. We arrived late, so nothing was open anymore (just fine, I guess, this is actually quite a tourist crowd normally). Within the opening hours, there was a souvenir shop and a junk shop, where it would certainly be nice to buy a small snack and gift. However, we spun there for a while, took the mandatory tourist photos with the pillar, and walked to the pier to look at the open sea.

We’re pretty spontaneous tourists, so overnight arrangements weren’t terribly carefully planned (read: not at all). We had a tent on the way, so we called a few campgrounds – many were closed due to corona restrictions, or there was no space. Little by little, it started to get dark, and panic began to strike – what are we doing now !? 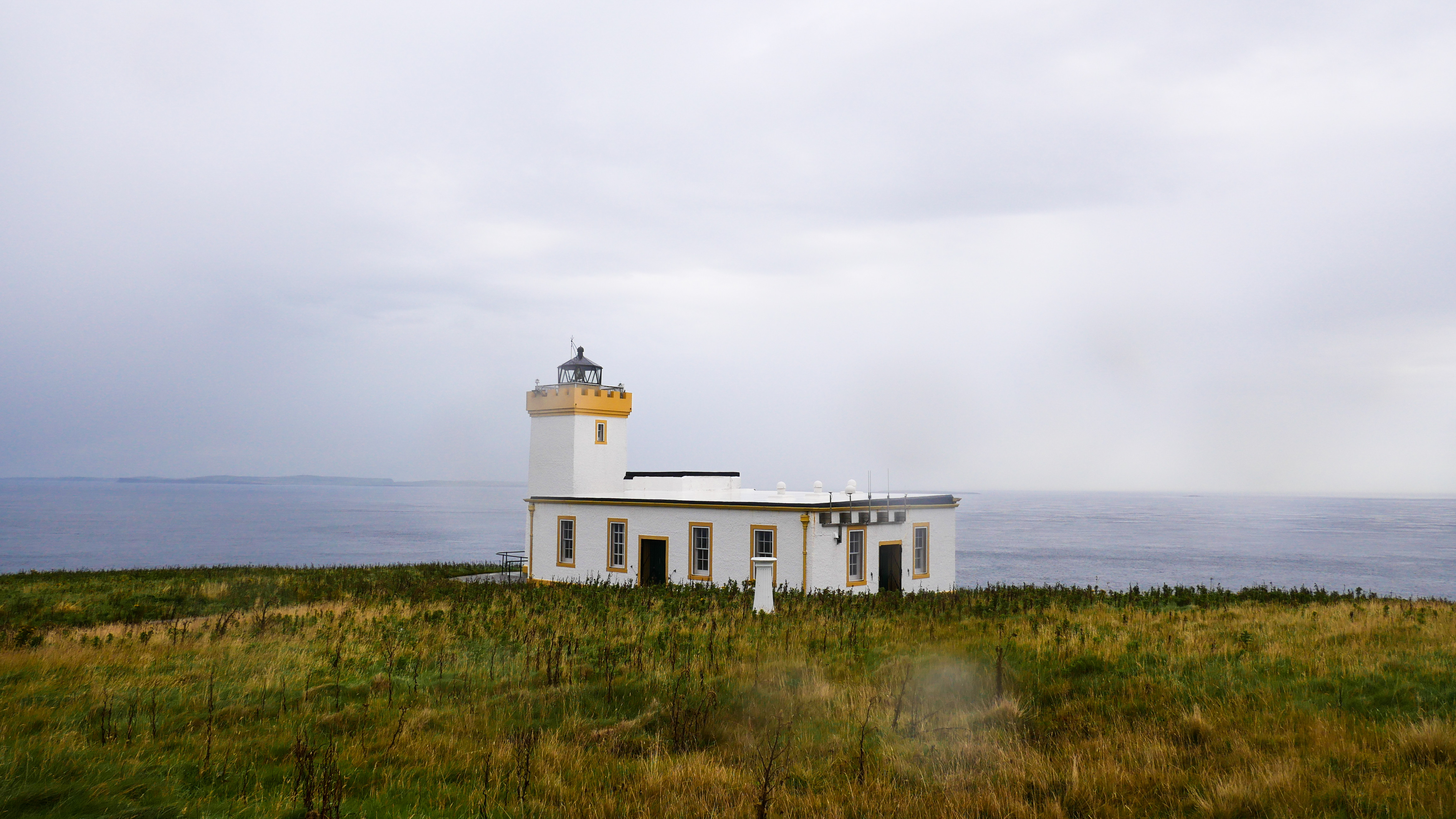 There was no choice but to turn around and go looking for a suitable tent site right in the middle of nature. We drove to nearby Duncansby Head Lighthouse. There were motorhomes there no matter how, so we moved a little further, out of sight of others. The tent site was eventually found in a field on a cliff ledge where sheep inhabited. There was no shower, no toilet, no running water, nothing like that. Instead, the absolutely wonderful peace of nature, the sea view in front and the memorable memories were remembered from the very first night. There was no hot food either, but luckily we had been properly shoped before leaving, so we got sandwiches for dinner. In the evening, books were read in the light of a lantern, and sleep came early. 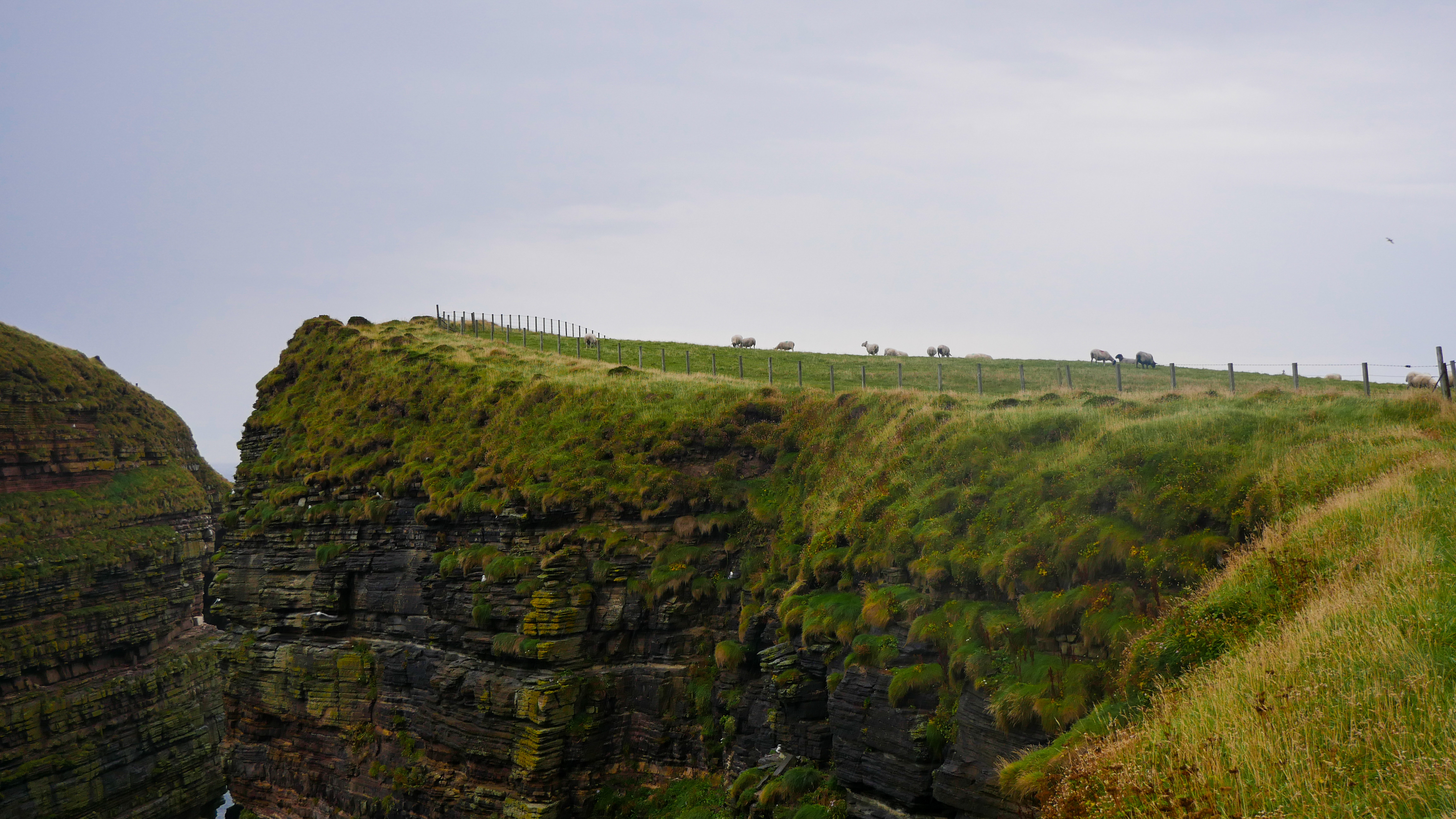 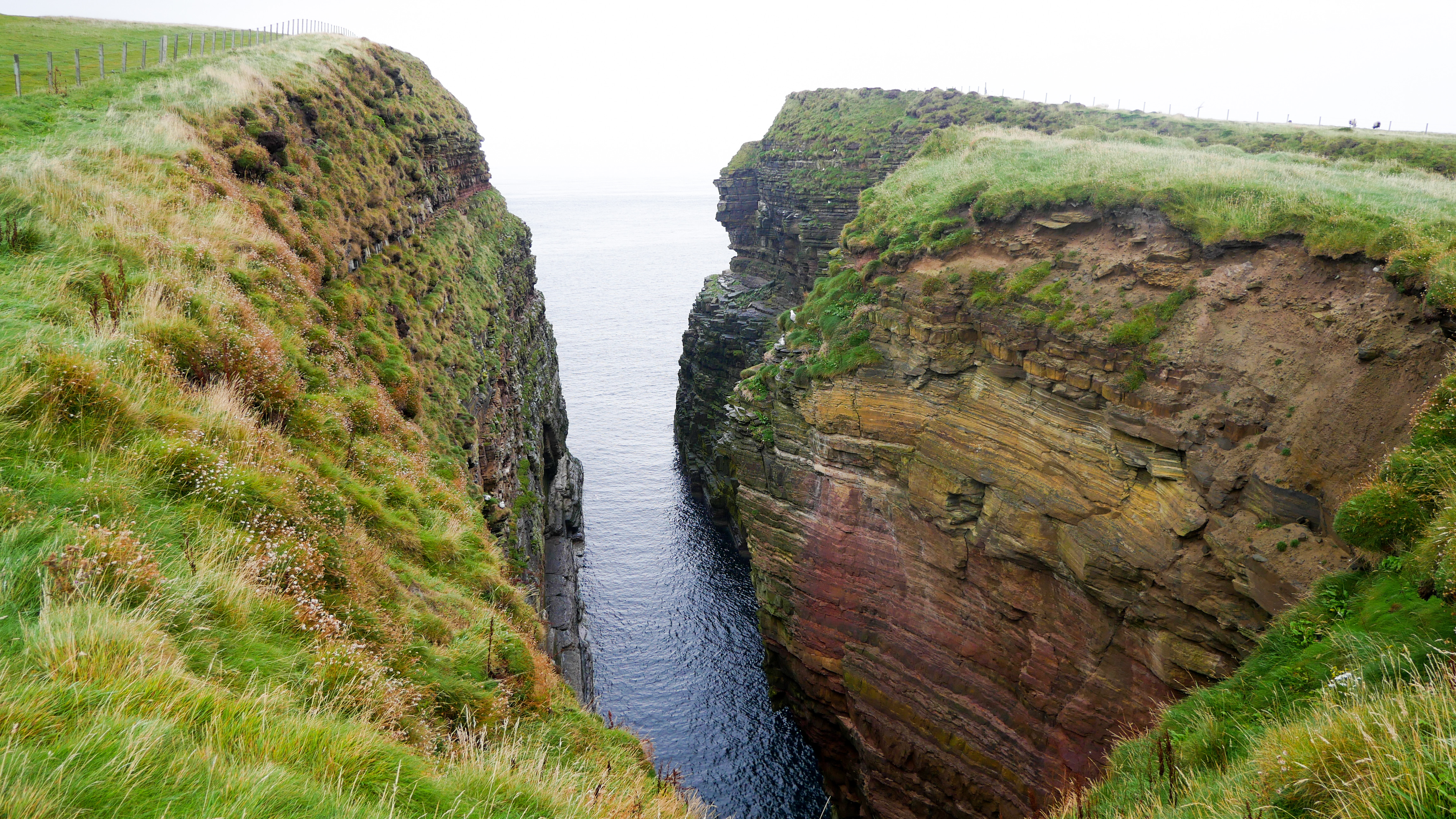 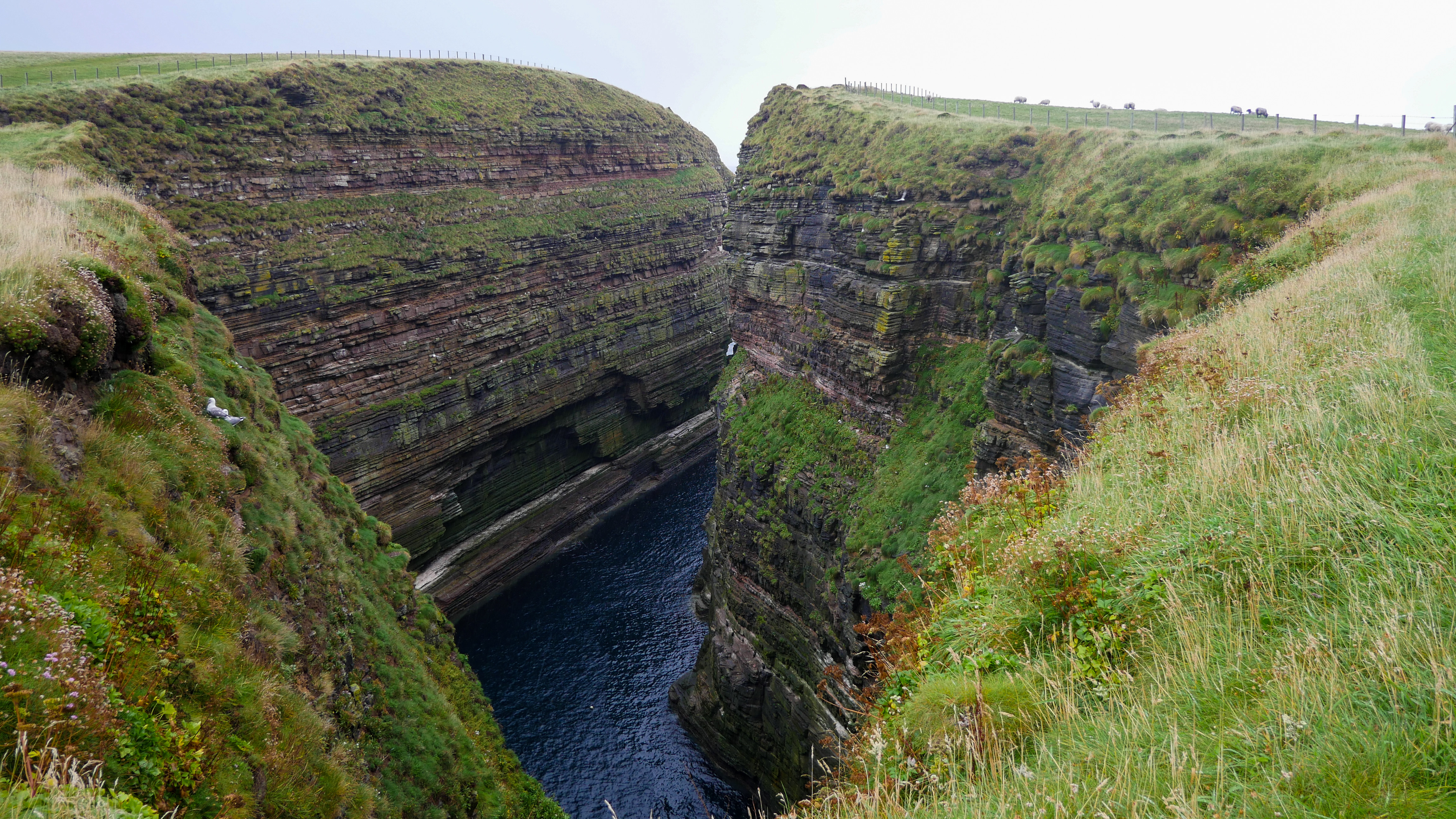 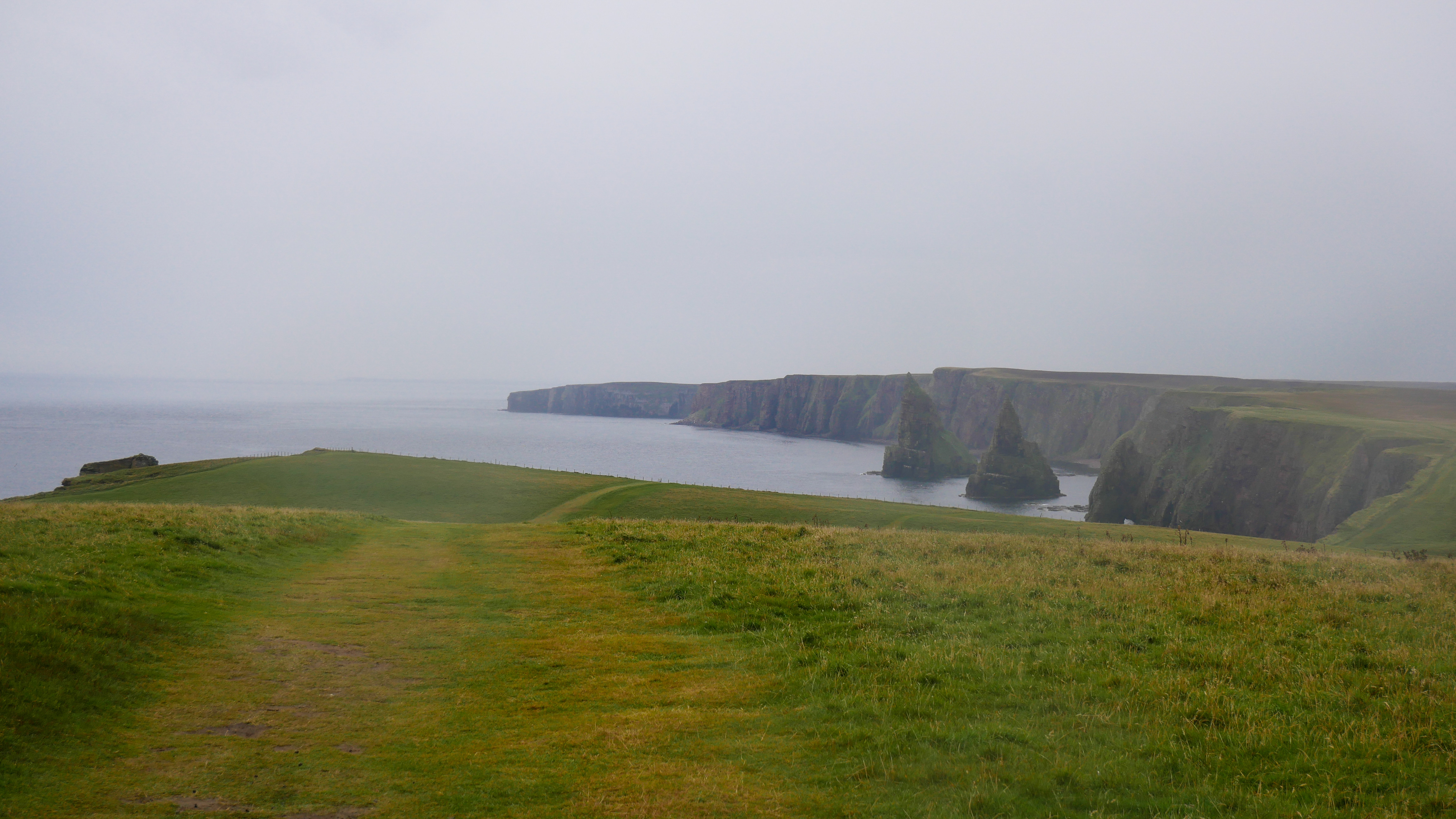 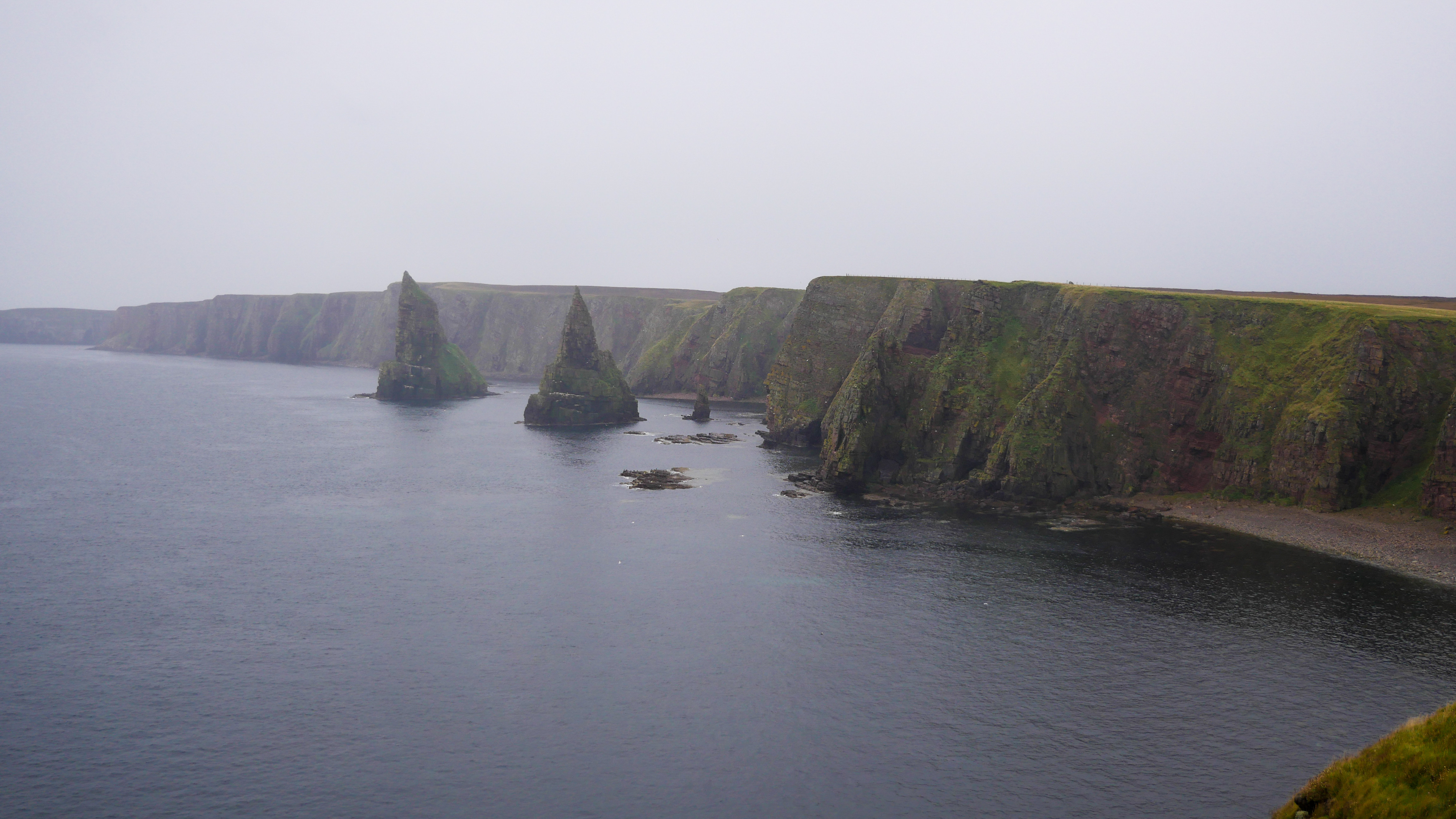 Waking up early and refreshed in the morning, the tent had kept well in the water despite the light rain. The stuff was suddenly packed and the sandwiches were eaten again for breakfast. It was then housed at the adjacent Duncansby Head lighthouse. The lighthouse itself was no stranger than the other lighthouses, and you can’t look inside, but within a short walk there was something worth seeing: Geo of Sclaites and Duncansby Stacks. It is therefore a gorge and a rock formation. Too bad we were hit by a bit of bad weather, in clear weather there would certainly have been really great views. In addition to geological formations, Duncansby is also home to many different bird species, as the Rock Formations provide excellent nesting opportunities for birds. For example, puffins can be spotted there. I would have loved to see this one, but this time did not postpone! If I went again now, I would take my binoculars with me too! In nice weather, Duncansby would also have had good hiking opportunities. You can read more about Duncansby Head and its possibilities  here .