Authenticity is becoming an increasing trend, and several blogs have recently shared stories behind their Instagram posts, such as how was the scene staged, or how messy their house really is.

Film photography is currently also quite trendy, so when I spotted a single-use film camera in an airport shop, I couldn’t resist but get it. The photography experience is completely different on film, and so is the outcome.

I find all this quite refreshing, so I decided to combine these two concepts and tell you some stories behind these unedited film photos we took on our trip to Italy. At the same time, I think this is a nice way to wrap up all the Italy content I’ve been churning out recently. 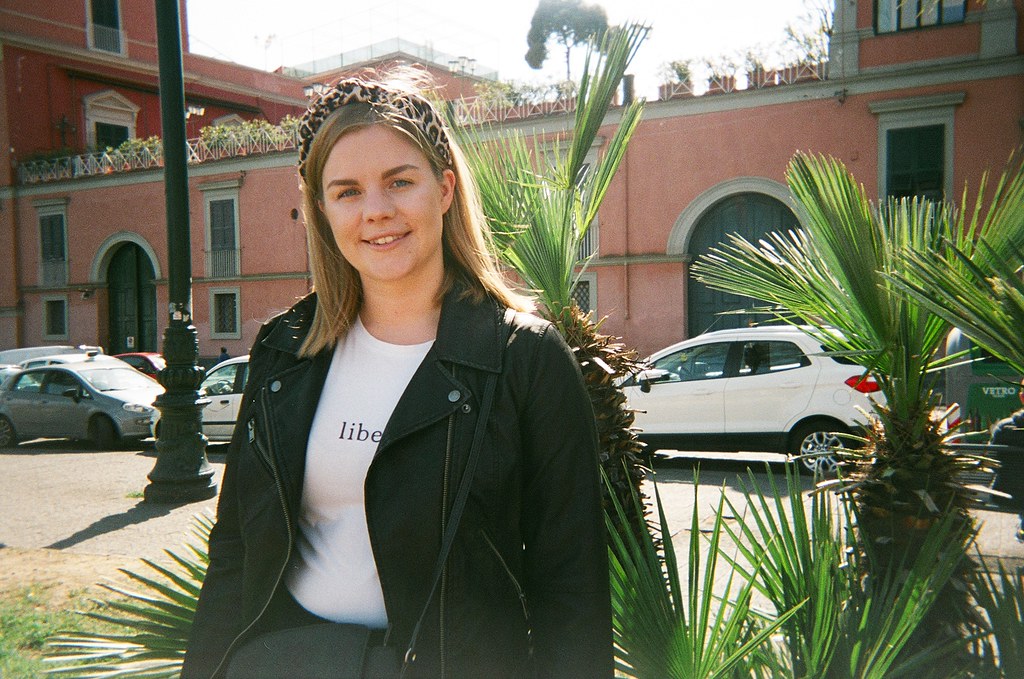 This is the first film photo taken on the trip, on a street next to our hotel. At this point, I was too eager to go exploring, and wouldn’t have wanted to stop to take any pictures. I must say that the green looks quite nice against the pink background, though. 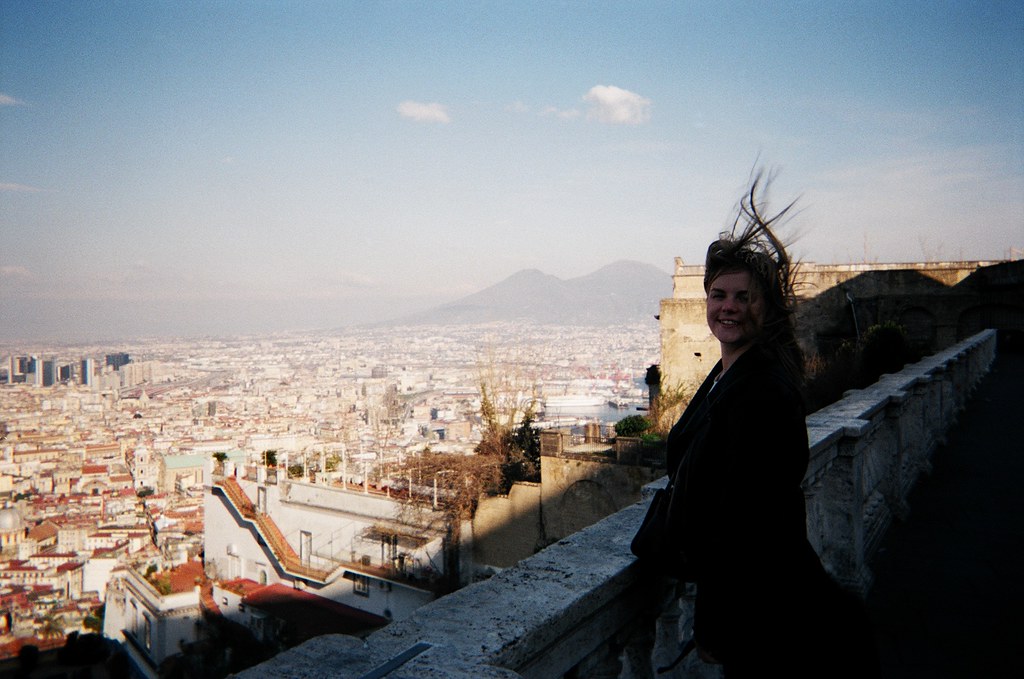 It was so windy at Castel Sant’Elmo, which is a fortress on top of a hill in Naples. It was almost impossible to get nice photos from here because my hair looks like this in almost every photo. This photo wouldn’t make it to Instagram, but it made it here! 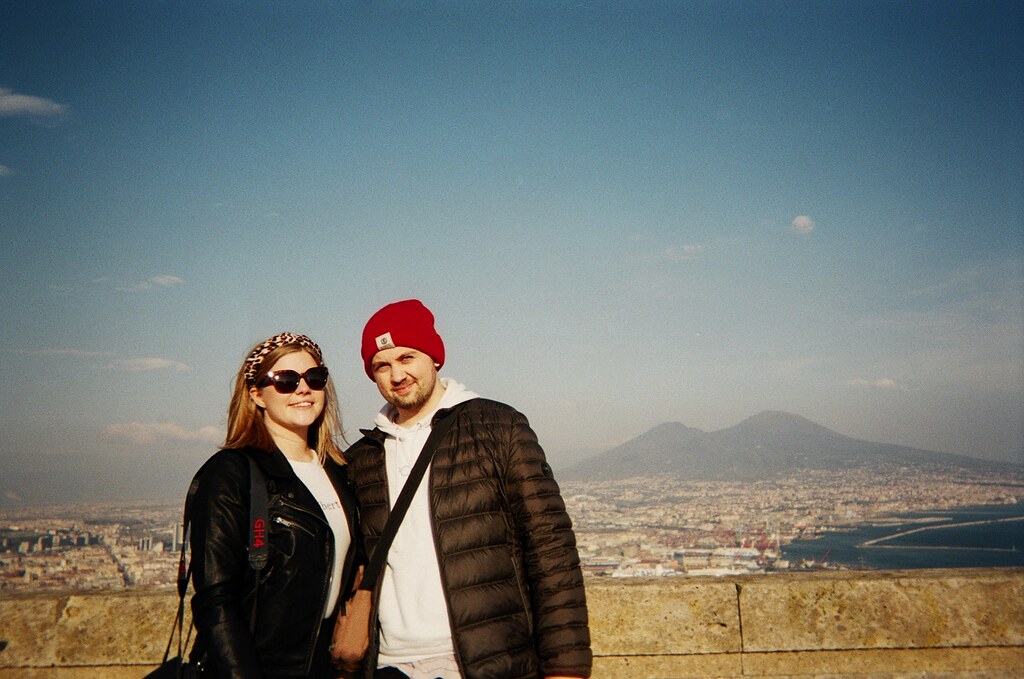 Another pic from Castel Sant’Elmo. It was so windy that it was actually pretty cold, and my boyfriend pulled out his puffer jacket and beanie – meanwhile, I was getting rid of extra clothing so that it would look like it was warm. Well here is the reality. 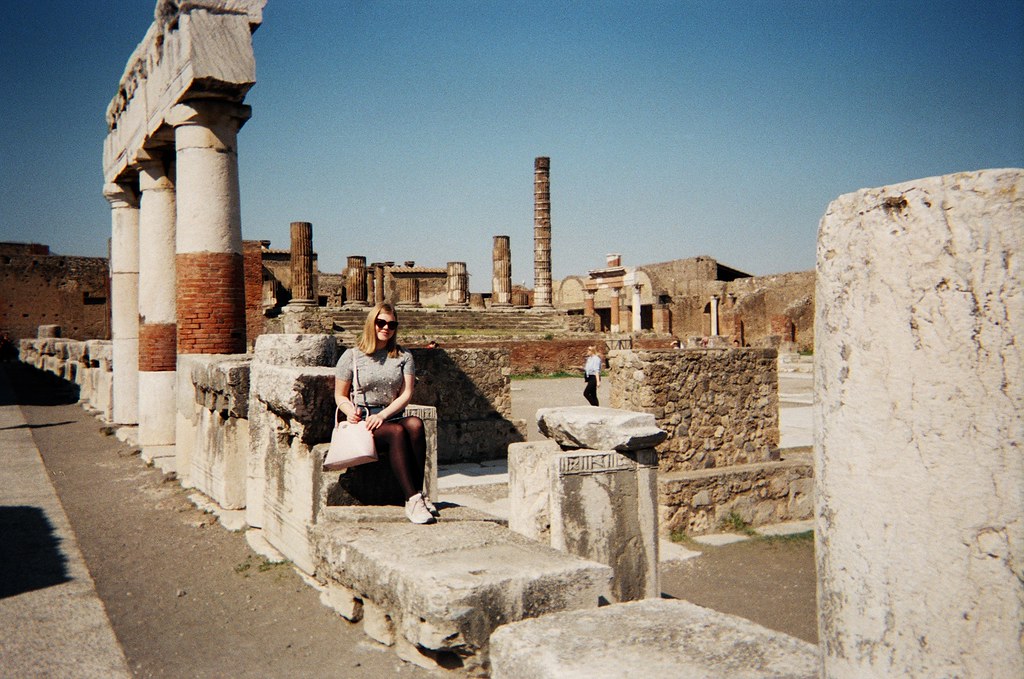 It wasn’t really that busy in Pompeii because we were there before the season had started, in mid-March. However, we wanted to take this picture here, and a rather large man in a white t-shirt was standing right next to me for quite a while. He would have stuck out of the photo a bit too much, so we had to wait for ages before he left and we could snap the picture. 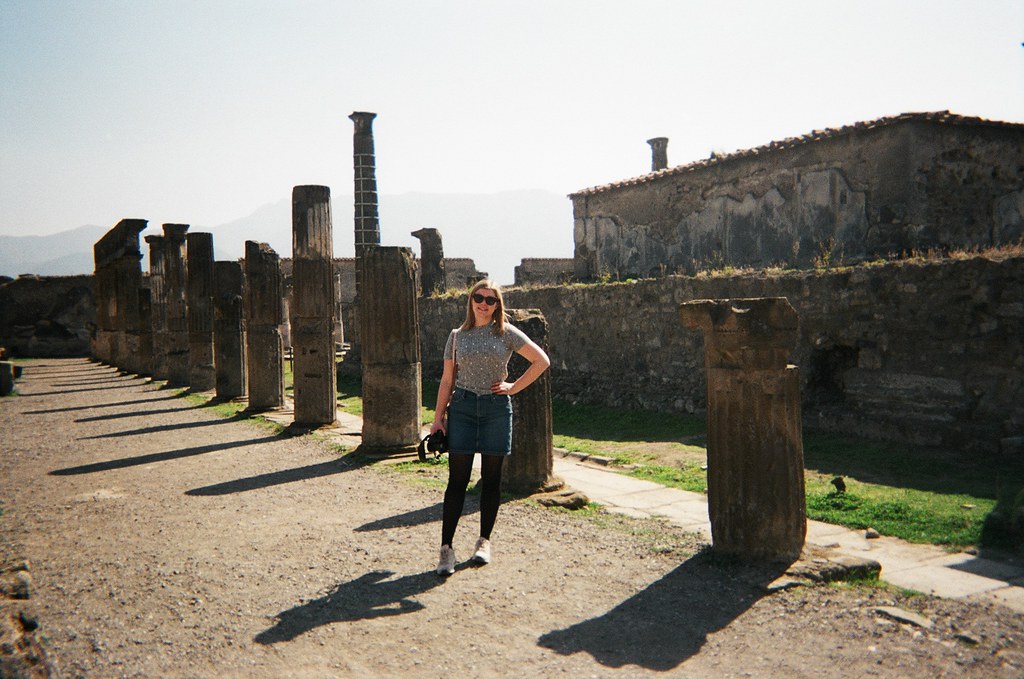 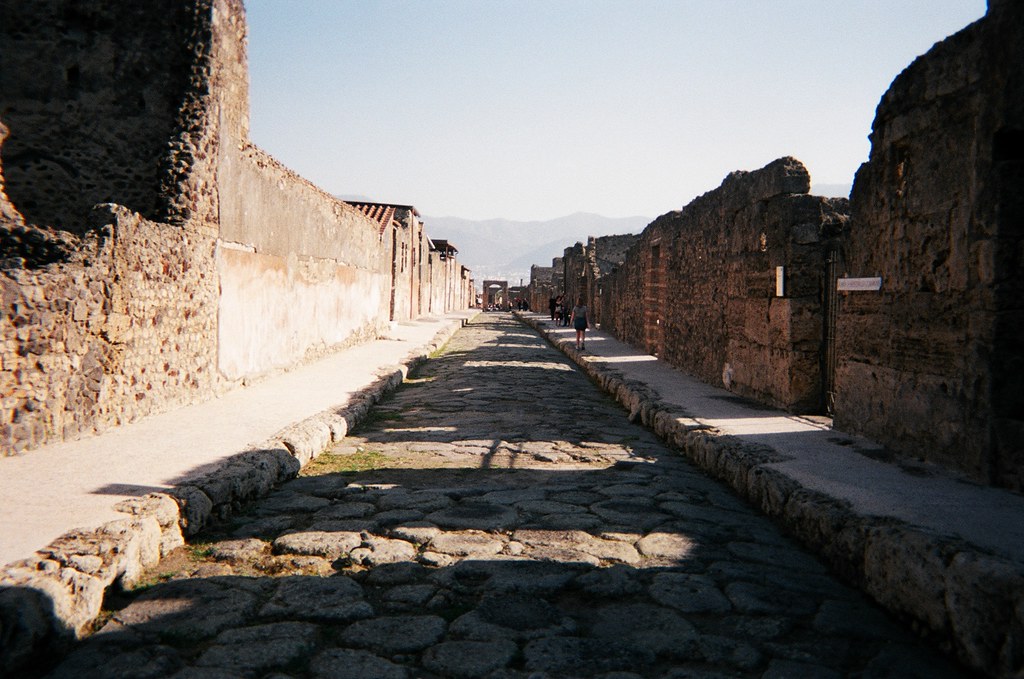 Empty streets in Pompeii! The area is actually really big, so you can actually fit a lot of tourists there without it being crowded. 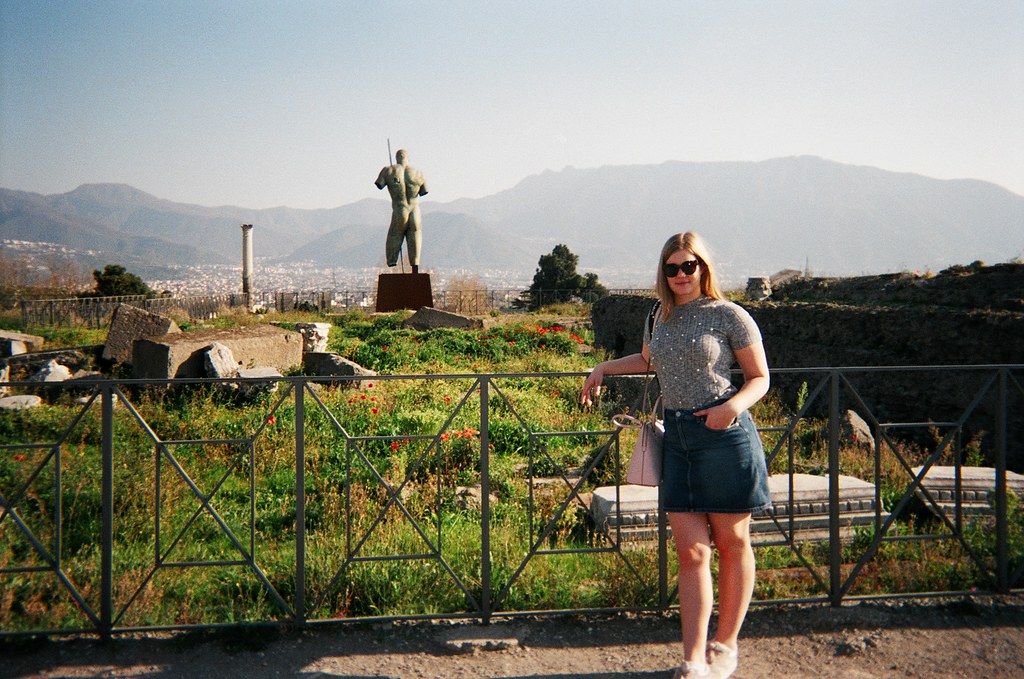 A photo with some well-formed buttcheeks. 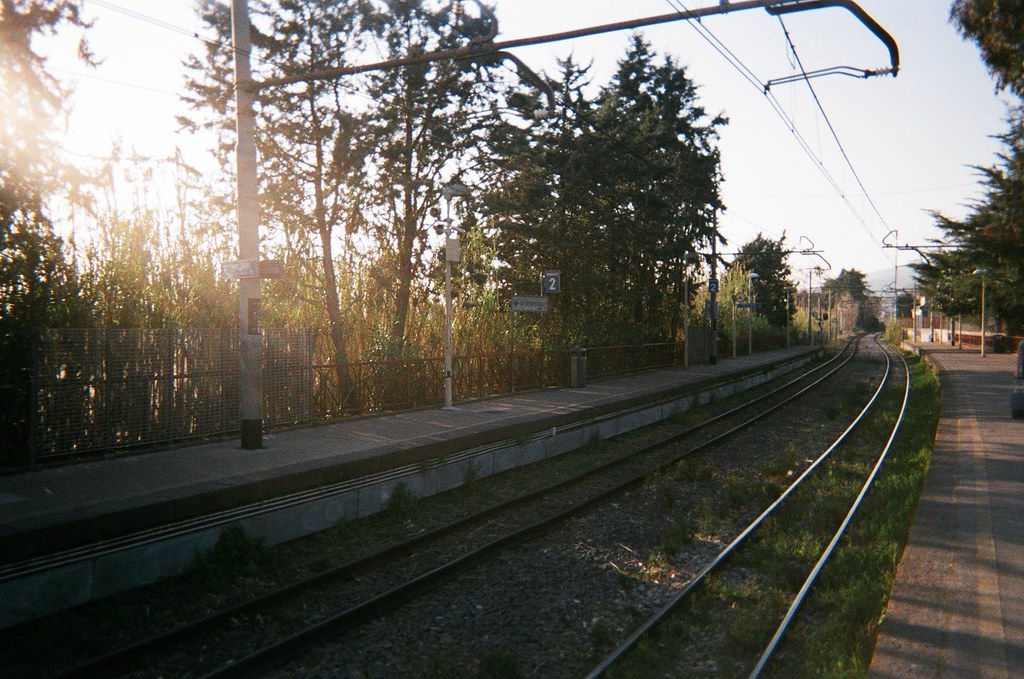 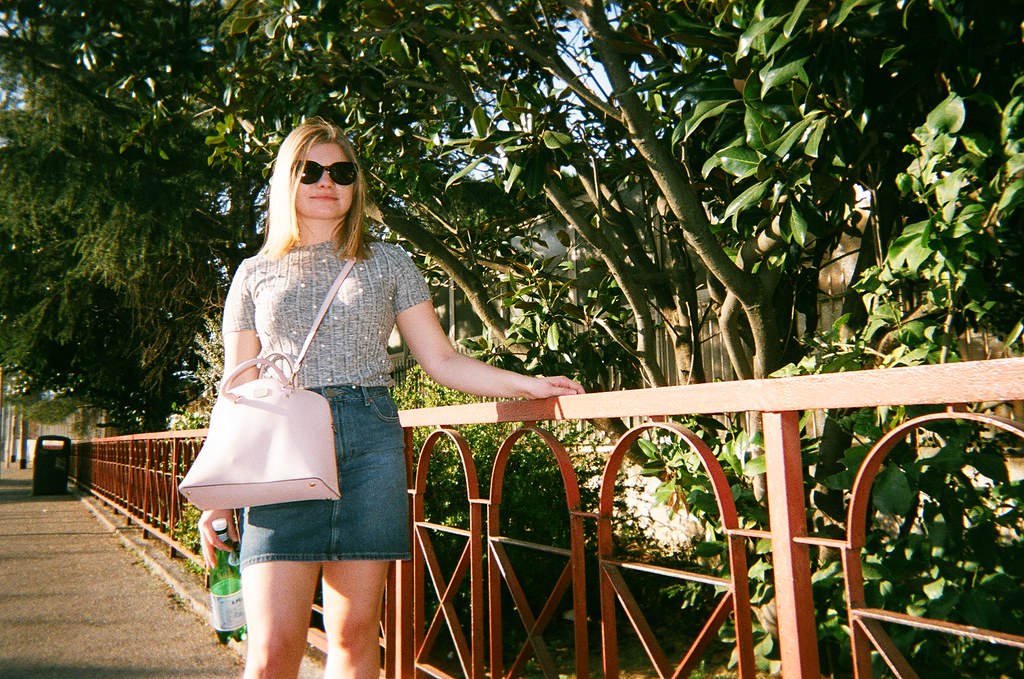 These photos were taken at Pompeii train station. 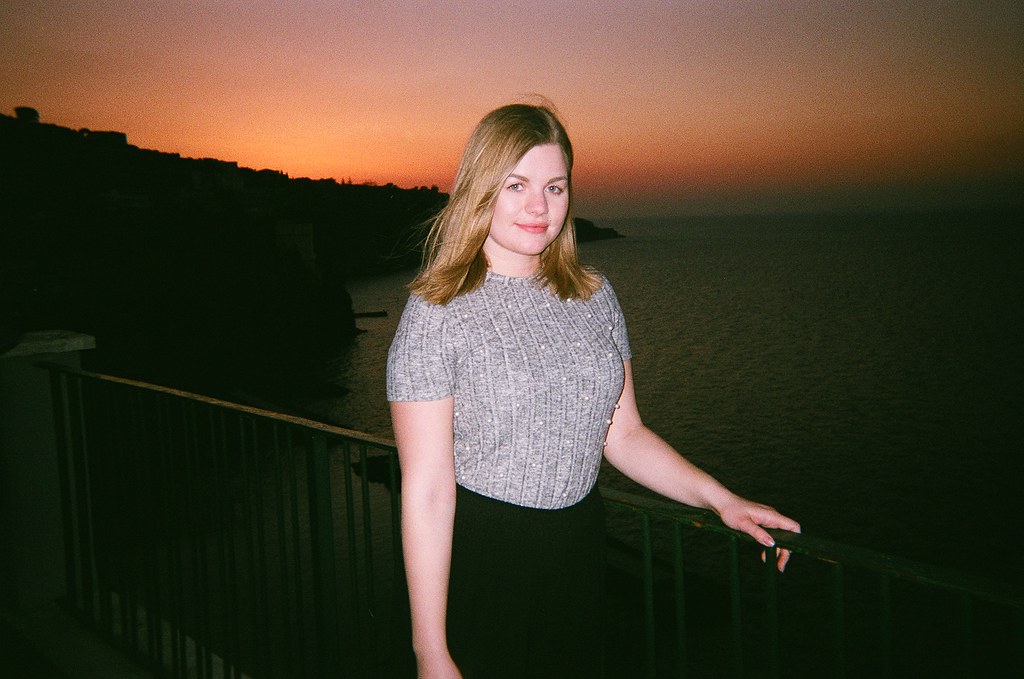 Sunset in Sorrento. This photo looks nothing like it really was. The sky was actually pastel coloured, not this kind of infernal orange. I think it’s because of the use of flash. 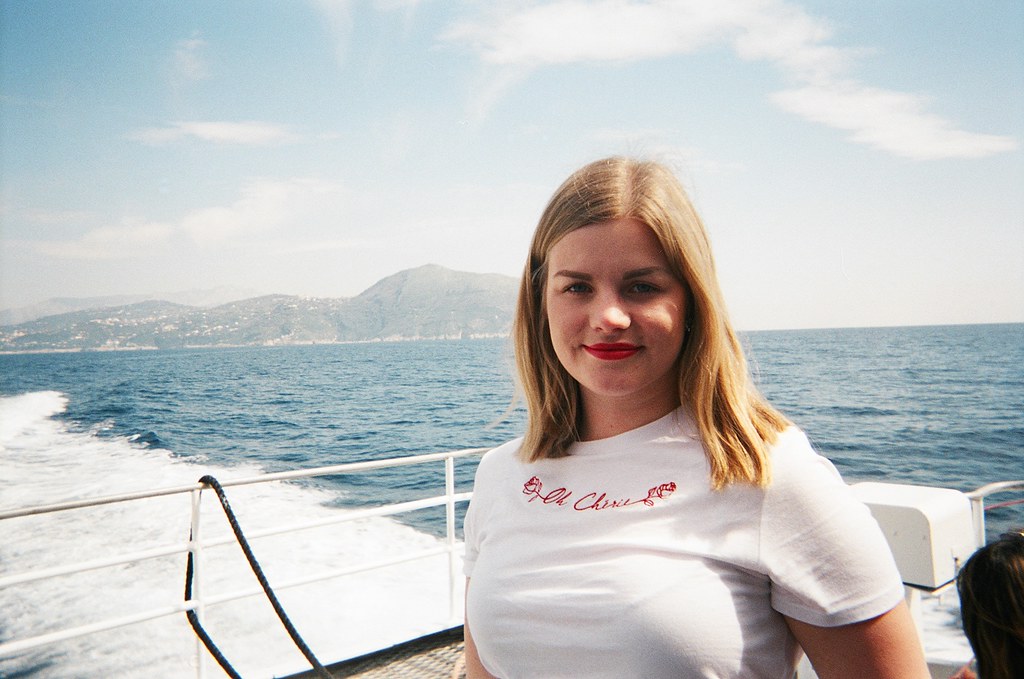 On the way to Capri. The boat was full of tourists, everyone reaching to every direction with their DSLRs, GoPros and phones. There was this one middle-aged man who filmed the entire 20 minutes of the boat trip. I think it’s nice to get some photos and video, but what on earth are you going to do with that much footage? 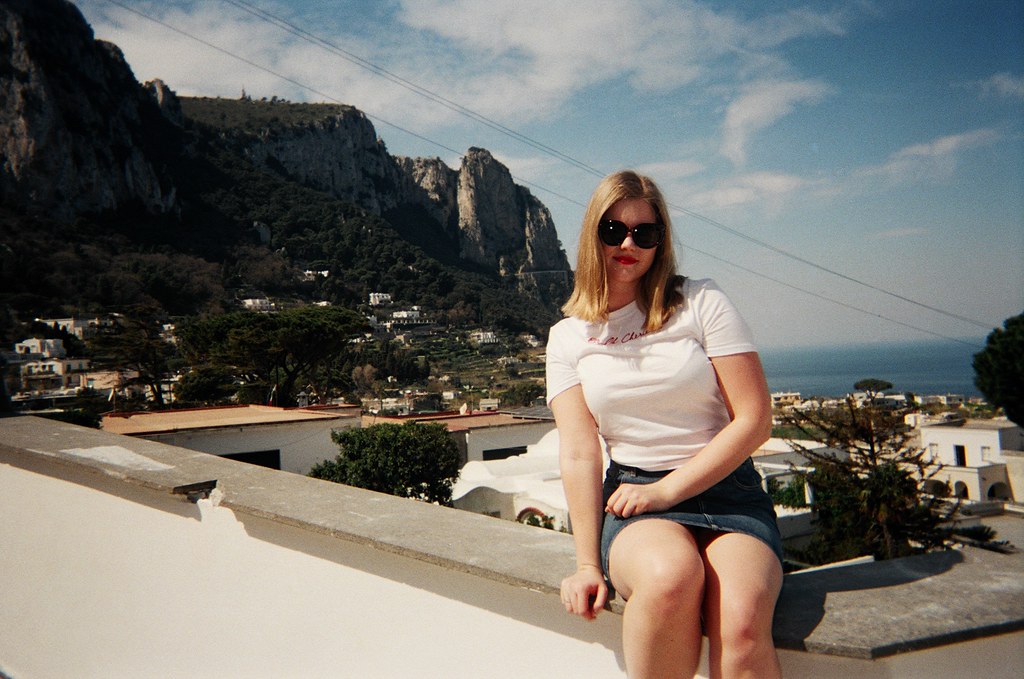 What an awkward pose! Before this, we had taken some photos with the digital camera, and I had a quick look at the photos and thought I looked fat. So here I am trying to hide my belly rolls. 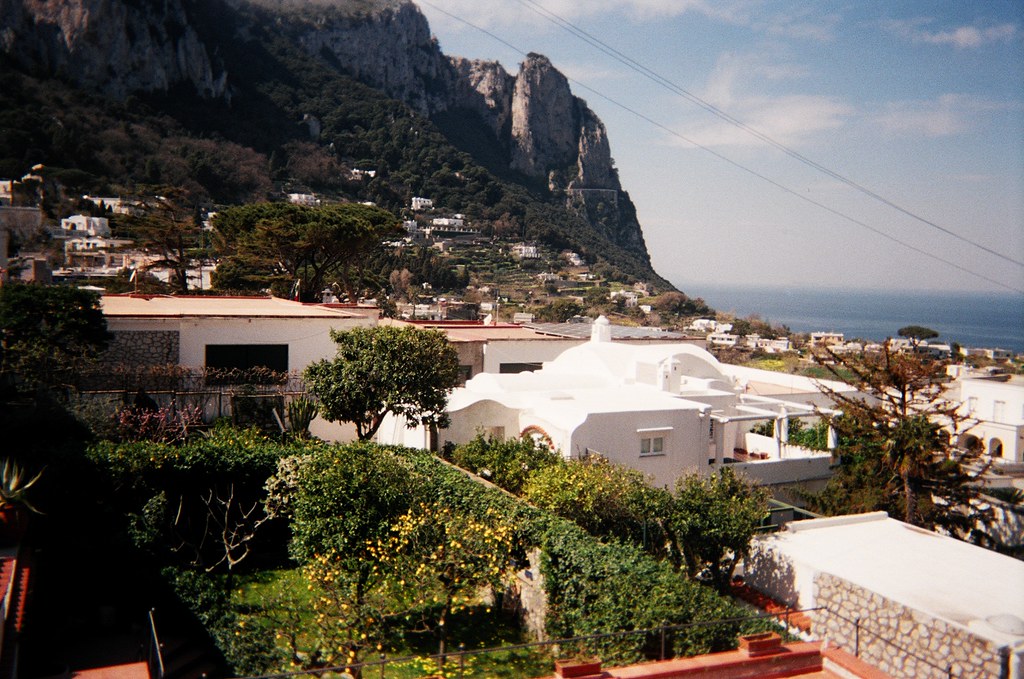 My boyfriend’s attempt to photograph the lemon trees. Well, you can see them! 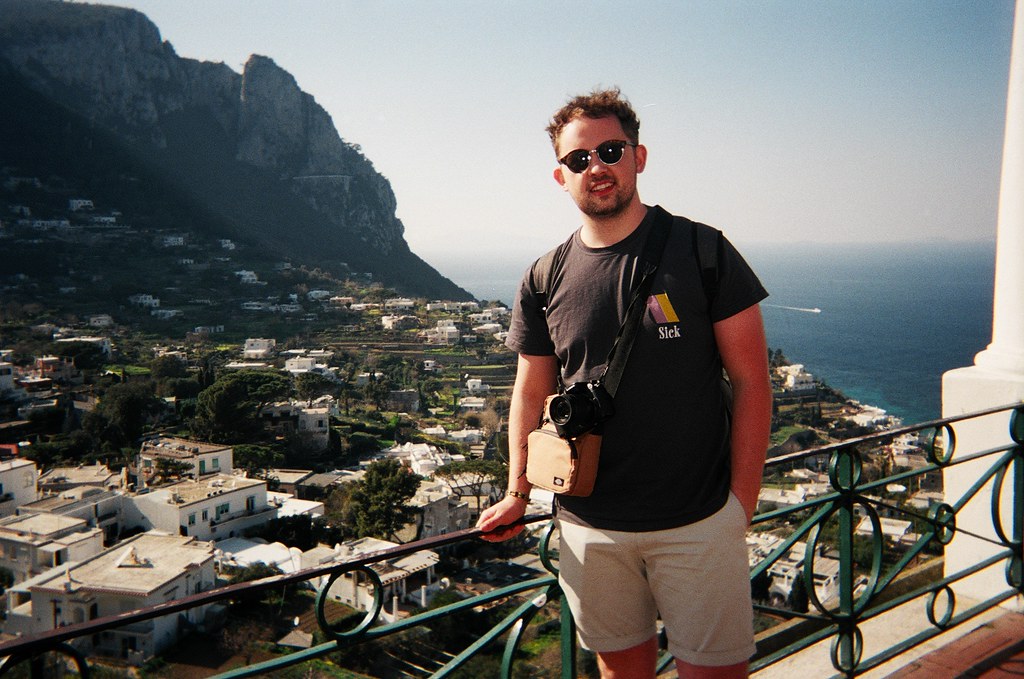 This guy doesn’t usually enjoy being in front of the camera, but in this scenery I insisted to take his picture. Not a bad photo I think! 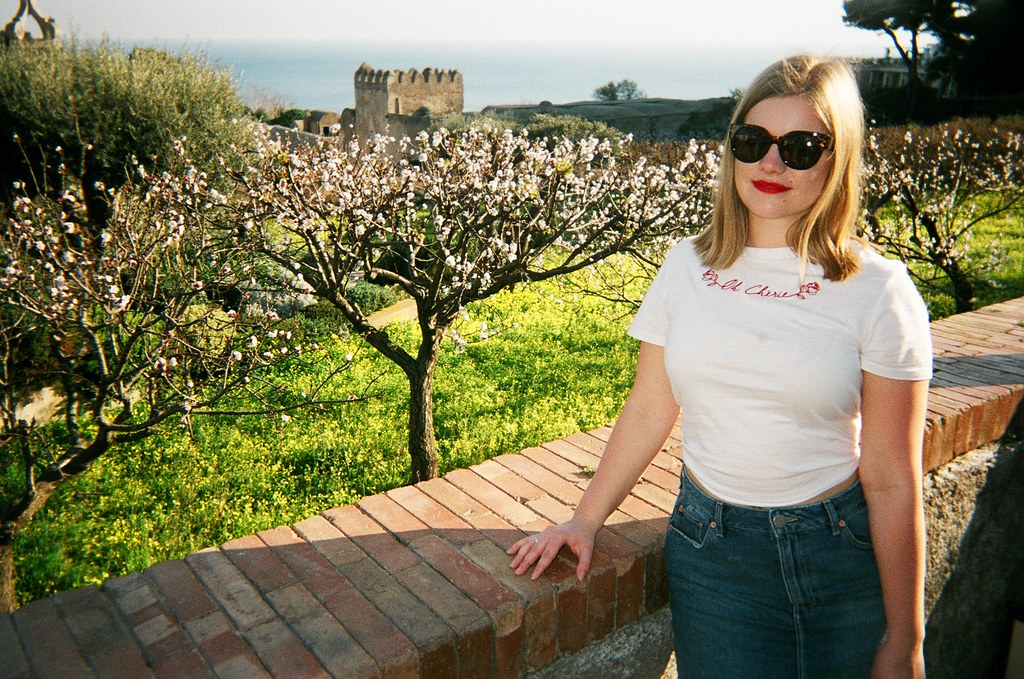 The colours pop completely differently on film! I like the contrast between the green grass and the red lipstick. (And the ice cream stain on the shirt.) 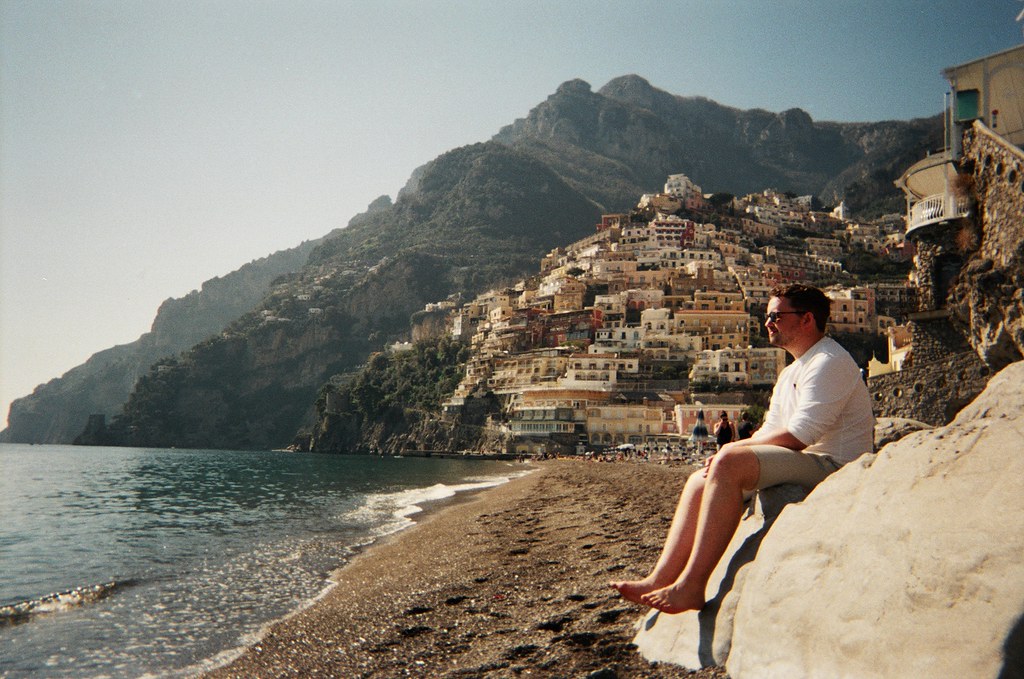 Before taking this picture I had forced my boyfriend to take about 50 000 photos of me posing in all sorts of different poses and from different angles. He had enough of it and sat on this rock – and I took this picture, which turned out to be a lot better than any of those posed pictures of me. 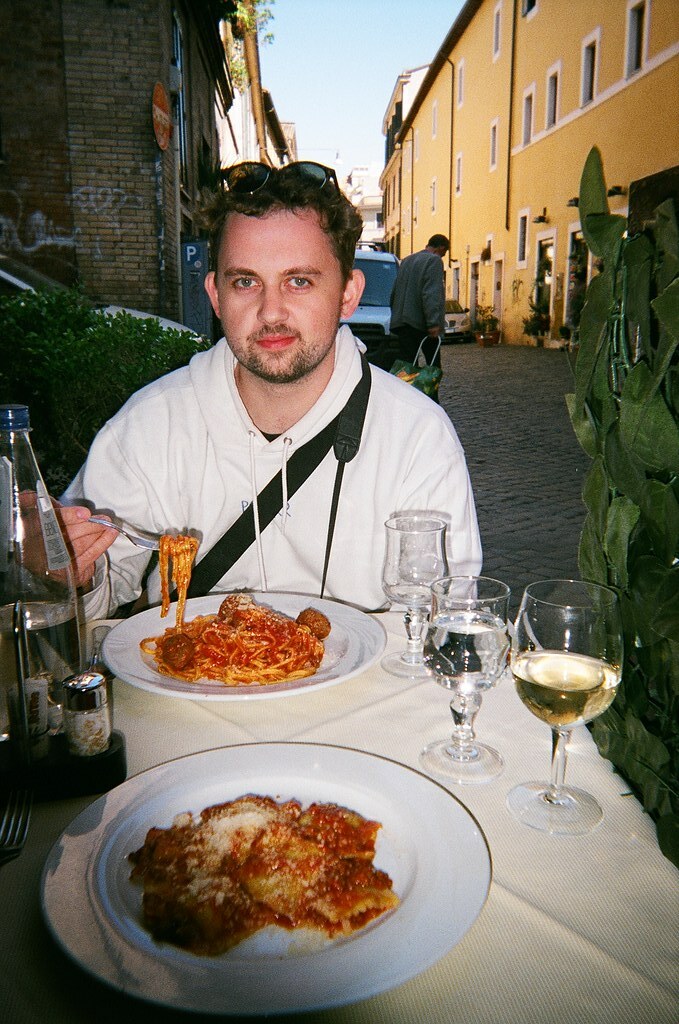 Our flights back from Naples got cancelled, so we had to travel to Rome and spend an extra day there – what an absolute shame, hehe! We stayed in a pretty shitty hotel in Trastevere, but next to it was this nice restaurant. We stopped to look at the menu and an old man who worked there showed us how they made it to the Lonely Planet guide. Obviously we couldn’t say no, so we enjoyed this colourful meal there. 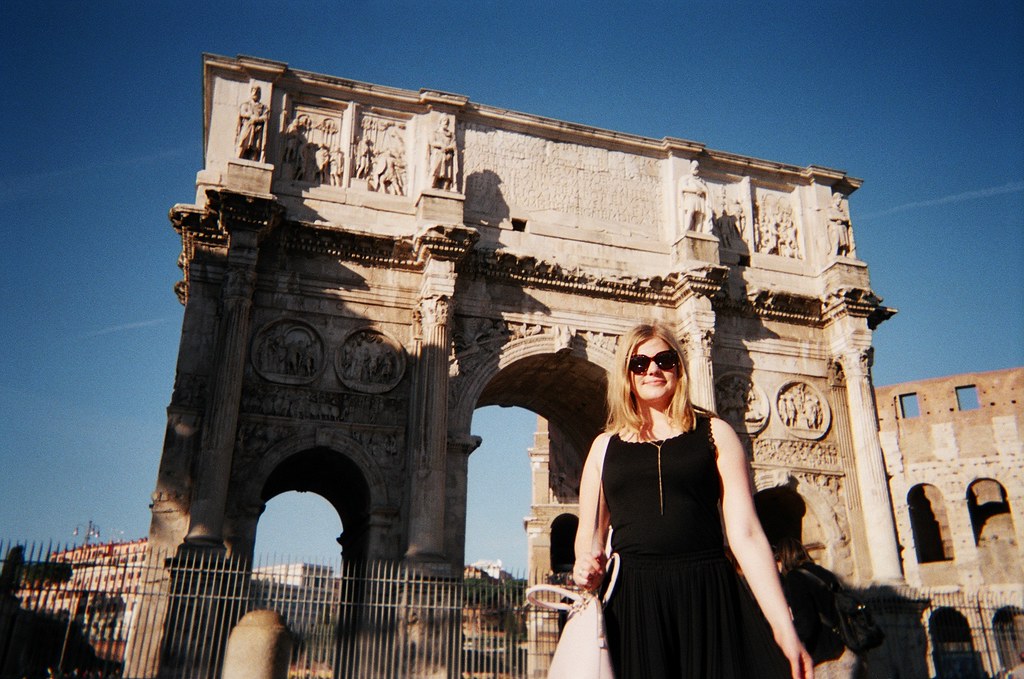 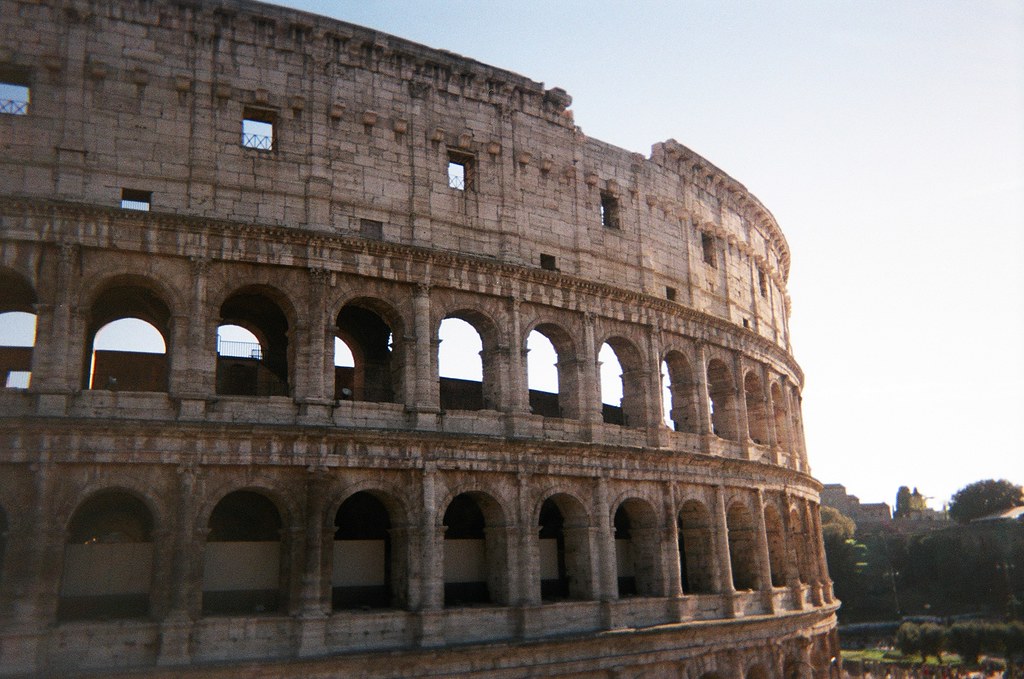 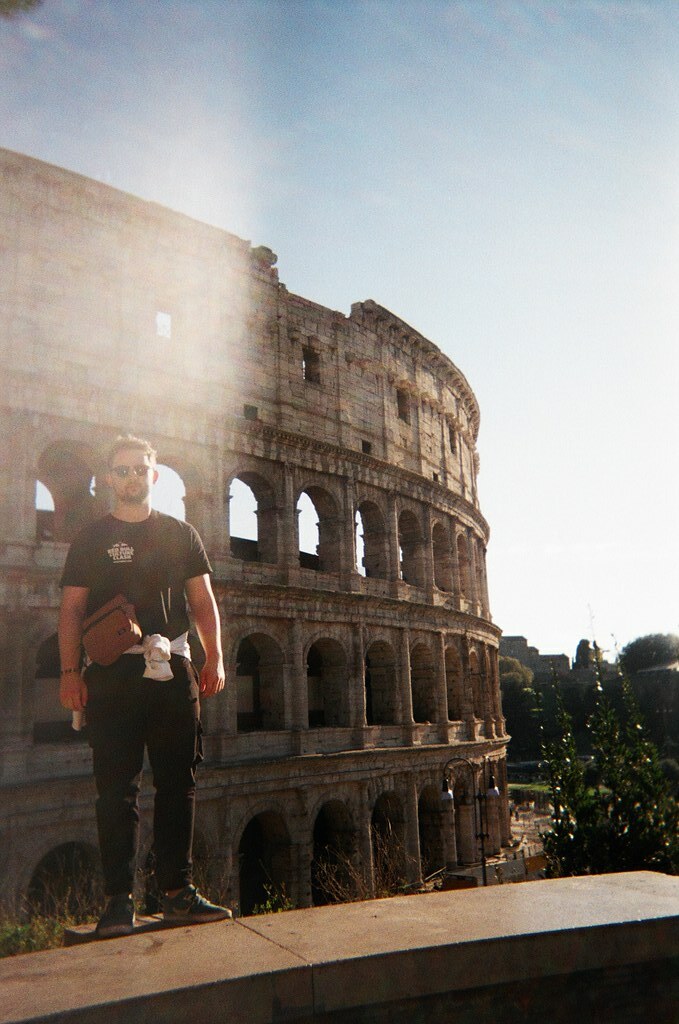 Whoops, what is this Afterlight filter looking effect?? Kind of trendy I guess, so that’s all good. Rome wasn’t that crowded on a Monday in March, so we were able to take all the time whilst snapping the tourist photos with the Colosseum! 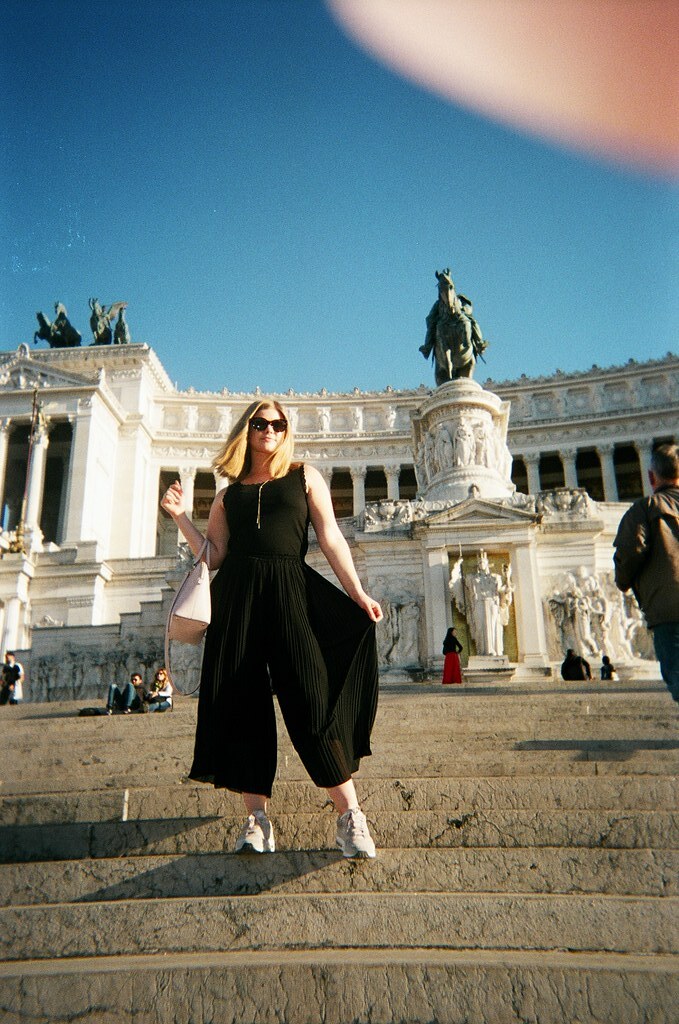 Is this a paparazzi photo from fashion week or a tourist photo? You can tell by the unknown object on the upright corner. 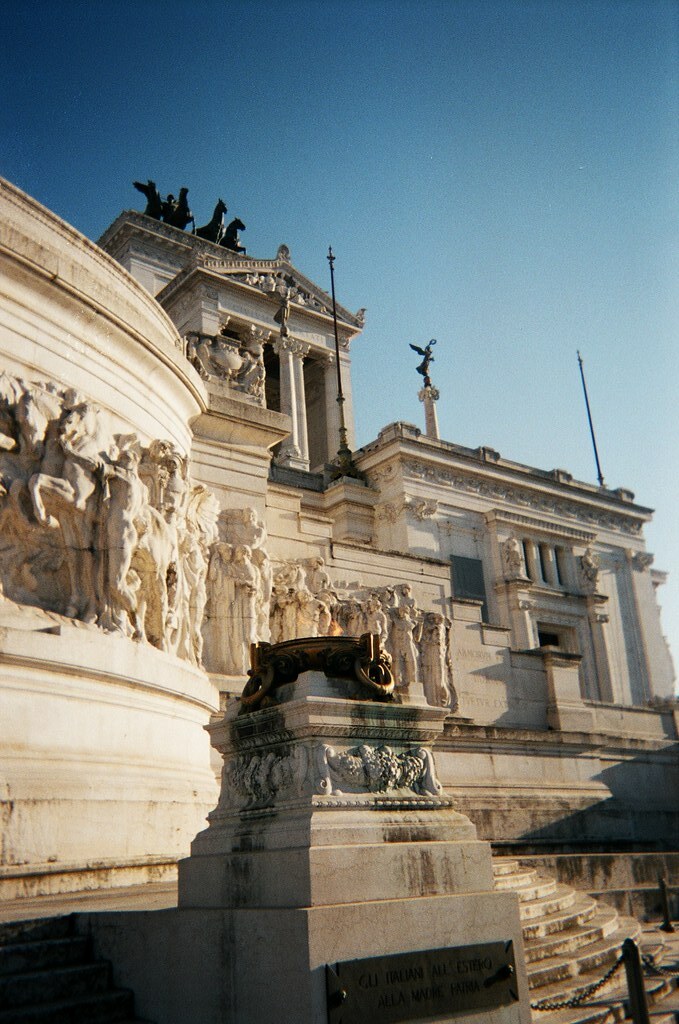 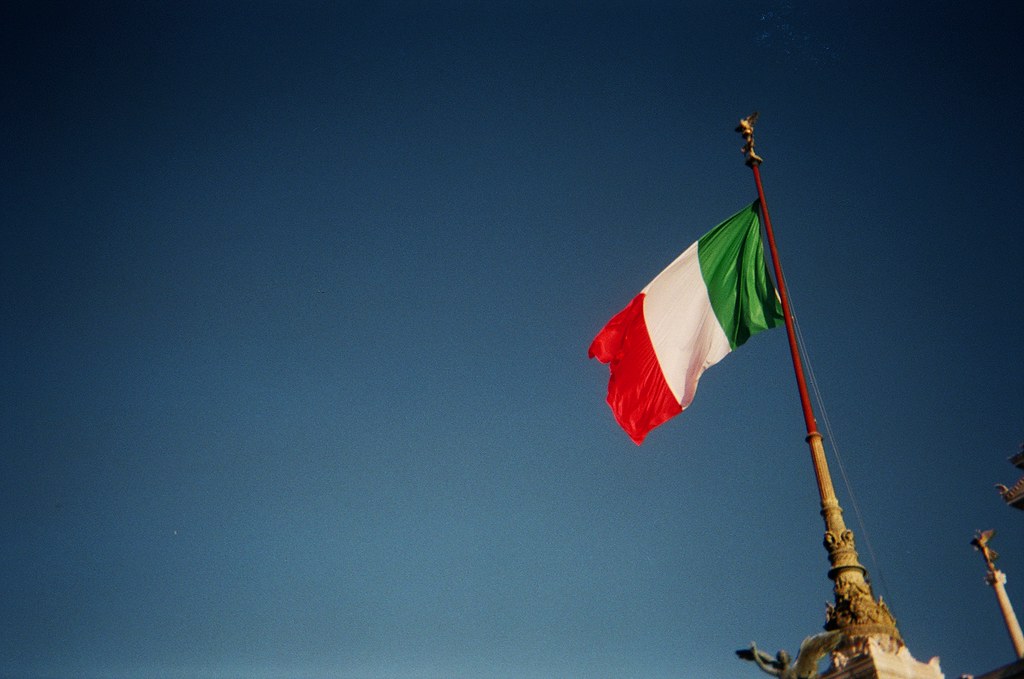 Piazza Venezia, is Rome’s most beautiful building if you ask me! 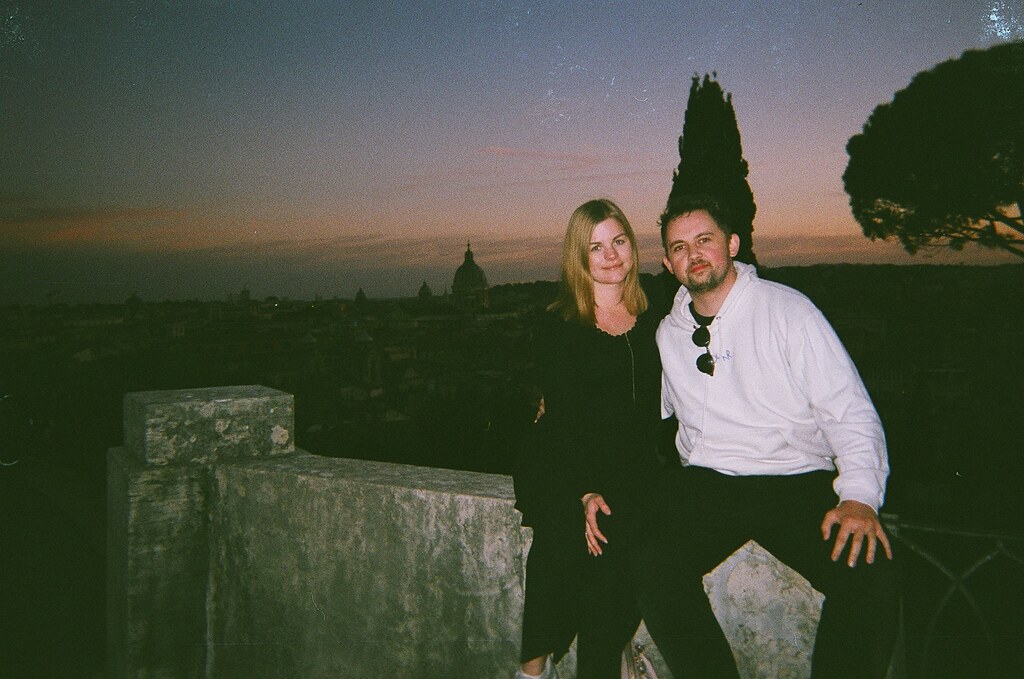 Good night Rome! This photo was taken from Villa Borghese, which is a park in Rome. You can see the entire city from here, and the sunsets are amazing – much better in real life than in this picture.

What did you think of the concept of this post? I quite enjoyed making this!